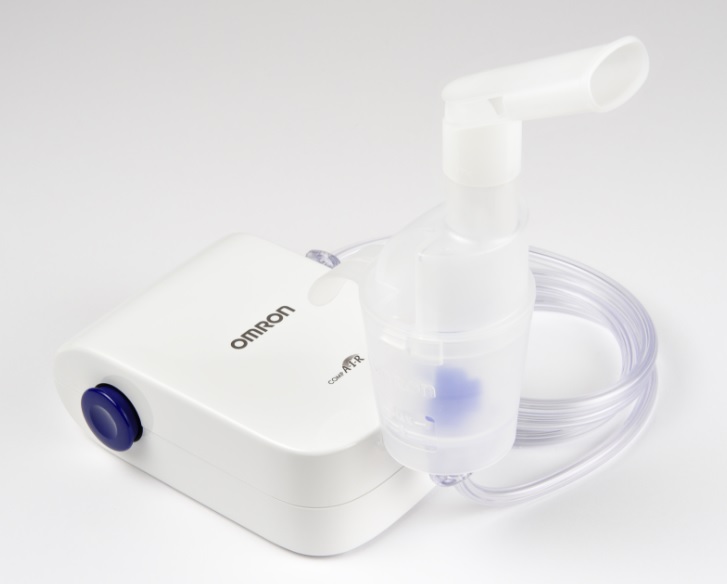 Asthma medications may be given in inhaled, oral or injection forms. Inhaled therapy is considered the essential component to treating asthma. The Global Initiative for Asthma (GINA) guidelines considers the ability to deliver drugs directly to airways as a major advantage of inhaled treatment. Nebulizer is one of the devices used for inhaled medication in which drug is formulated in aqueous solution or suspension and then atomized into droplets by mechanical means. Given the continuous innovation in nebulizer technology, nebulizer therapy offers many benefits that made it remains as a viable and relevant method.

Most airborne particles will be filtered out by the anatomy of the airways except for small particles between 1 and 7 µm in diameter. Nebulizer, through the generation of fine aerosol droplets helps deliver the medication to the necessary target organ; your lungs.

If medications are taken orally, it will take time to pass through the gastrointestinal tract to your bloodstream before the body use the active substances where they are needed, while an asthma nebulizer delivers medications very quickly and directly to the respiratory tract. In a report by the American Association for Respiratory Care, Albuterol, a commonly used bronchodilator, begins to work in around five minutes when given in nebulizer form, compared to around 30 minutes when given orally. This means nebulizer therapy is a faster and efficient way to deliver medication into the lungs.

Increase in efficiency of drug delivery also means that the medication will act faster and at a lower dose which will reduce the incidence of side effects. High levels of drug deposited only in the lung provide active drug to the required tissues only. The dosage of medicine needed in nebulizer therapy is also lesser as compared to medicines given orally.

Hence, nebulizer therapy reduces the risk of side effects compared to oral administration of the same medications. Intake of bronchodilators by nebulizers reduces its systemic side effects such as a headache, tremors or rapid heartbeat. Long-term complications of steroids such as weight gain, high blood pressure, bone loss, high blood glucose or susceptibility to infection will also be reduced through drugs administration by nebulizer.

Nebulizers require very little effort to use. It is a preferred device for children, elderly patients, disabled individuals or those with difficulties in using their hands and taking deep breaths. Unlike inhalers, which generally require certain breathing/hand coordination, you only need to breathe normally during nebulizer therapy. This makes it easier for a caretaker to administer the medication when the patient is unable to do it themselves. Even babies or severely debilitated people can receive medication by nebulizer machine.

Nowadays, there are portable, compressor-driven nebulizers to meet patients’ desires for portability. This eliminates the previous limitation of a stationary nebulizer, making it even easier to use.

In a recent study involving 8,000 patients with asthma, it was shown that less than 50% took their preventive medication regularly. Without compliance, patients will not benefit from the preventive effect of their medication. The ease of use of nebulizers will motivate asthmatic patients to comply with their recommended daily administration of drugs. Convenience and ease of use affect patient satisfaction. Patient satisfaction correlated with compliance and better outcomes. Multiple studies showed that patients who were completely satisfied with the handling of their device reported significant adherence to therapy and consequently better outcomes including quality of life.

By increasing patient satisfaction with their device and promoting compliance, the preventive aspect of the treatment goals for asthma will be achieved. Nebulizer treatments can prevent asthma episodes as well as treating an asthma attack. Long-term bronchodilators are taken on a daily basis relax the muscles in the lung and open up the airways to ease breathing. Inhaled steroids, on the other hand, are the most important treatment to reduce inflammation and prevent flare-ups in asthma. It also works by reducing swelling and mucus production in the airways. Consequently, the airways will become less sensitive and less likely to be exacerbated by triggers.

How to Control Asthma Triggers at Home

Why Is it Important to Keep a Normal Blood Pressure?